Itinerary bike route L6
Those who haven’t climbed enough after having done the Carini climb (see bike route L5), can follow this bike route to Ponte di Sagana. As a reward for the extra meters of ascent, you can enjoy a long and fast descent on the mountain road between the towns of Pioppo and Partinico.

(*) On this road you’ll see a traffic sign in front of a tunnel, indicating that cyclists are not allowed to enter. However, the local police has no problem with cyclists passing through the tunnels, so it’s okay to ride through it. We do advise you to turn on your light(s) at this point, because tunnels are not always well lit.
Until the town of Montelepre, this bike route is the same as bike routes L5 and L7. Until Ponte di Sagana it is the same as bike route L7. L5 is the shortest and L7 the longest of these three bike routes. 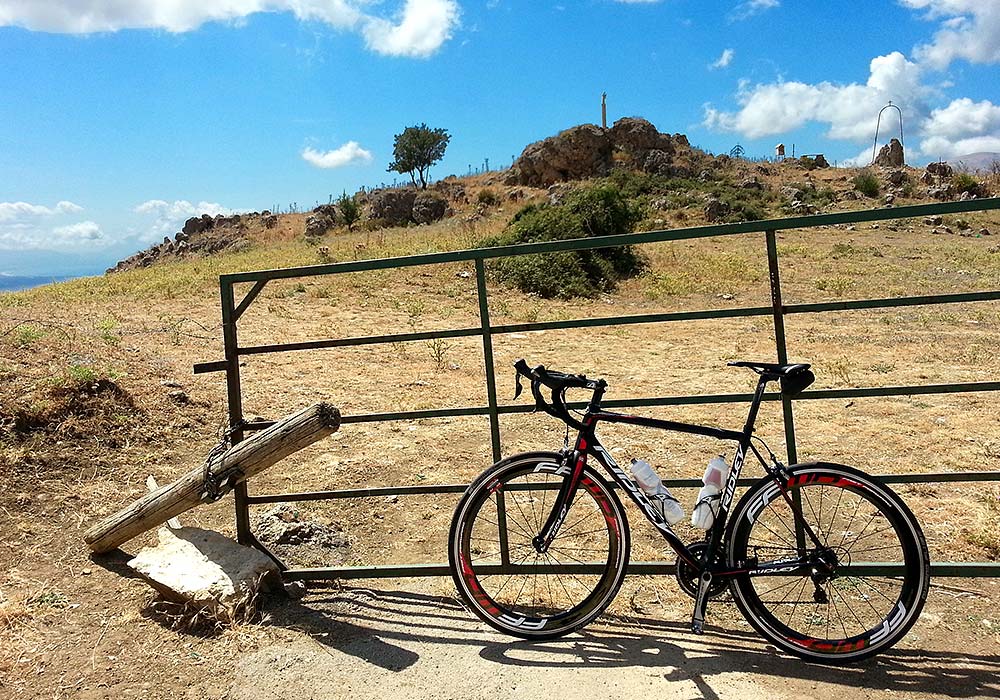